China Could Offer Compelling Value in 2023

Leading Chinese stocks trading in Hong Kong offer value in late 2022, but as investors have learned over the past years, the potential for rewards comes with commensurate risks. 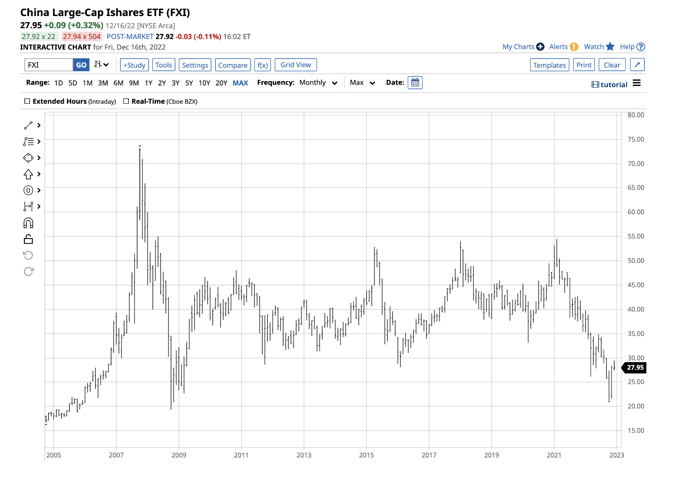 Identifying value in the stock market is challenging these days. With the leading indices suffering double-digit percentage losses in 2022, investors have been skittish as interest rates continue to rise. The latest November producer price index came in hot at up 0.3% and above the market’s consensus expectations of a 0.2% gain as inflation continues to grip the U.S. economy. While CPI came in a touch lower than expectations, inflation is not just a U.S. issue; it is a global problem. Inflation erodes money’s purchasing power.

Since March 2022, the U.S. central bank has pushed the short-term Fed Fund Rate from zero percent to a midpoint of 4.375%, after another 50-point increase at last week’s December FOMC meeting. While the U.S.’s inflation was over 7%, Chinese inflation was below 2% in November 2022.

The economic issues that weighed on Chinese shares

Geopolitics have made investors skittish

The Buffett-Munger approach says Chinese stocks are a bargain

Thanks for reading, and stay tuned for the next edition of the Tradier Rundown!

After an ugly year in the stock market, with inflation at the highest level in decades and the potential for a looming recession, investors will be...

Financial scandals are nothing new, but they often push markets to levels that offer compelling value. Time will tell if the latest cryptocurrency...

Investors tend to hold utility shares in portfolios as long-term investments because they offer price stability and attractive dividend income.